Emart to open first hypermarket in town this year 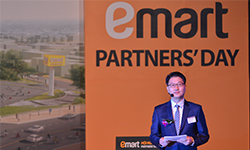 HCMC – South Korean retailer Emart looks set to inaugurate its first hypermarket in HCMC late this year on its own, instead of teaming up with a local partner to penetrate the Vietnamese retail market as initially planned.

Emart yesterday held the Emart Partners’ Day to announce its plan to open the hypermarket worth US$60 million at a three-hectare site on Phan Van Tri Street in HCMC’s Go Vap District.

According to Choi Kwang Ho, general director of Emart Vietnam, the planned hypermarket in Go Vap would consist of an entertainment area with eateries and play rooms to offer its customers the convenience of a one-stop shopping center. Emart is ready to enter Vietnam’s retail market after four years of looking for business opportunities.

Emart started to survey the Vietnamese market in 2011 and signed an agreement with U&I Investment Corporation in July of the same year to set up a retail venture in Vietnam. Based on the market research, Emart decided to develop its first store in HCMC in May 2013.

When signing the venture agreement, both sides said they expected to open the first hypermarket in Hanoi and expand the retail chain to 52 stores across Vietnam in 2020.

However, Emart said at the event yesterday that the company would develop the first hypermarket in HCMC on its own.

The Emart Partners’ Day attracted more than 300 guests who are representatives of goods producers and suppliers in HCMC.

The Go Vap hypermarket is now under construction and could be up and running at the end of the year. In addition, Emart is planning to build another one in Tan Phu District before expanding to other major cities in Vietnam.

With the very first hypermarket scheduled for opening late this year, Emart is the second retail giant of South Korea after Lotte Mart to invest in Vietnam. 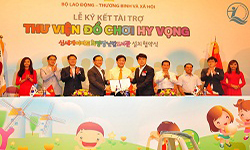 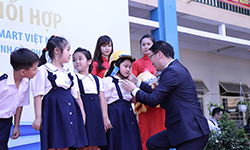 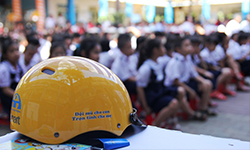 HOTLINEWe are getting your tip-off in 24 hours!